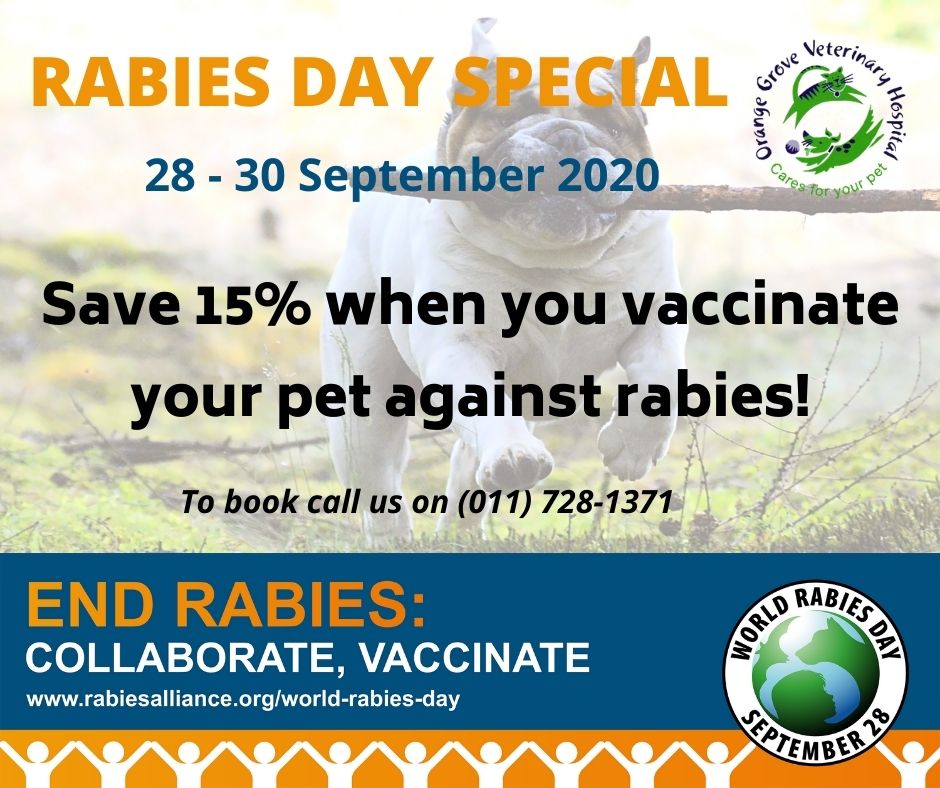 Rabies is a viral disease which is transmitted through the saliva or nervous system of an infected mammal to another mammal. Rabies is a zoonotic disease which means it can be contracted from animals to humans. As there is no effective treatment for once contracted, rabies is nearly always fatal in both humans and animals.

It is believed that rabies is responsible for approximately 59 000 deaths annually, with 95% of these deaths occurring in Africa and Asia. Sadly almost half of these deaths are children. These deaths are avoidable as rabies is a 100% preventable through vaccinating both humans and animals. Additionally, by vaccinating 70% of dogs in an at-risk population, this can prevent rabies from spreading to humans in that area of coverage.

Vaccination, although highly effective, is not the only way to prevent rabies. Taking into account the fact that in South Africa, we have had a number of cases of rabies death in humans, dogs and wild animals such as Jackals in the past few years. It is critically important that we teach our children and other members of our community how to behave around strange animals. Many people allow their children to approach an unknown dog or cat without caution, which in many instances can be a precursor for an animal to bite or scratch a child. Additionally, educate yourself and your children for the potential signs of rabies in animals such as agitation, dropped jaw, aggressiveness, hiding in dark places, foaming at the mouth, and inability to swallow, to name a few.

Make sure this account has posts available on instagram.com.